Also known as pimento, the allspice berry has a flavour that resembles the flavour combination of cinnamon, nutmeg, cloves and ginger. It is often used in Jamaican or Spanish cuisine. Allspice is also often found in European cooking in marinades and pickling as well as in cakes, fruit pies, puddings and ice cream. 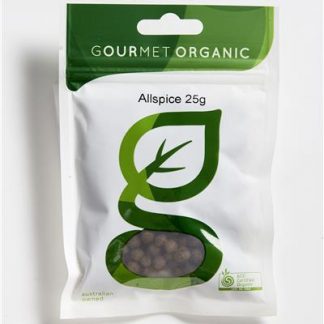 You're viewing: Gourmet Organic Allspice 25g $3.95 Each
Add to cart